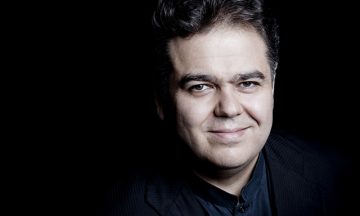 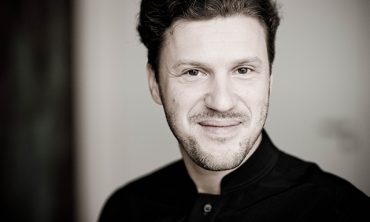 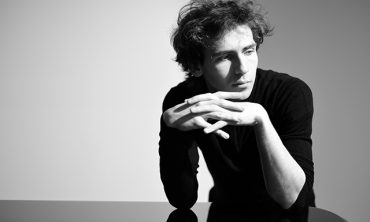 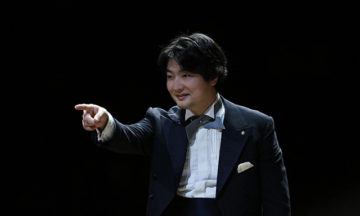 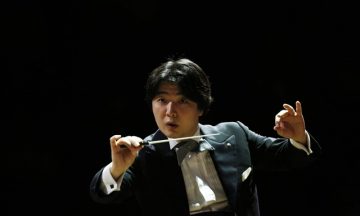 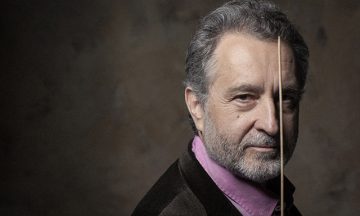 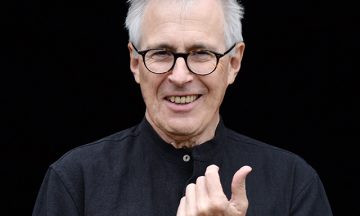 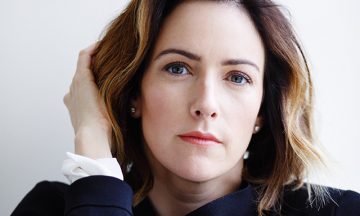 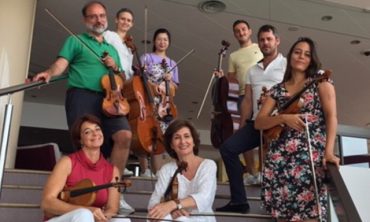 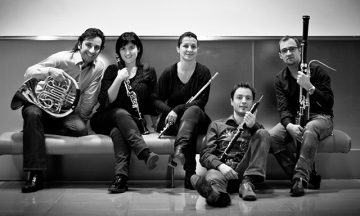 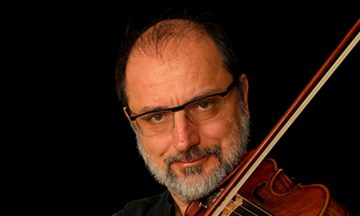 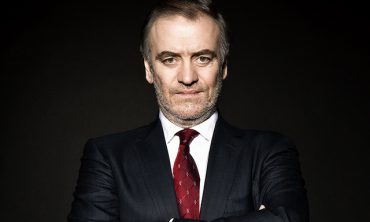 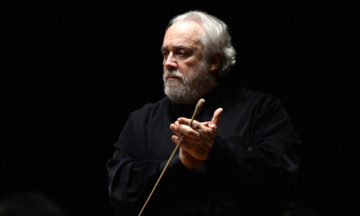 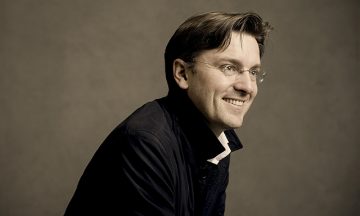 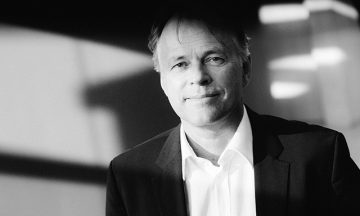 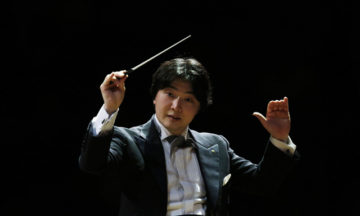 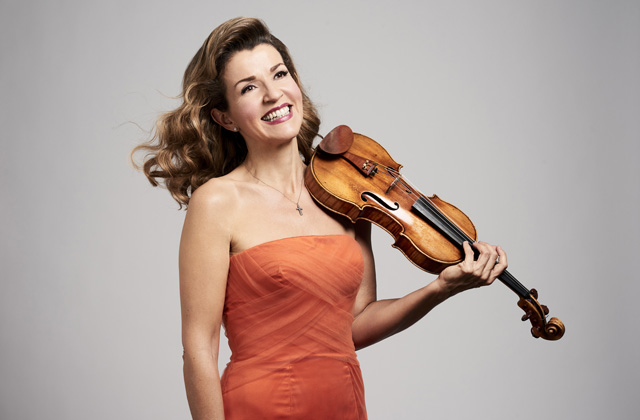 For more than 35 years, violinist Anne-Sophie Mutter has sustained a career of exceptional musicianship with an unwavering commitment to the future of classical music. Since her international debut at the Lucerne Festival in 1976, followed by a solo appearance with Herbert von Karajan at the Salzburg Whitsun Concerts, Ms. Mutter has appeared in all the major concert halls of Europe, North and South America and Asia. In addition to performing and recording the established masterpieces of the violin repertoire, Ms. Mutter is an avid champion of 20th- and 21st-century violin repertoire in both orchestral and chamber music settings. Cited by The Chicago Tribune for doing more than “any living violinist to enrich the late 20th-Century violin repertory,” Ms. Mutter has had new works composed for her by Sebastian Currier, Henri Dutilleux, Sofia Gubaidulina, Witold Lutoslawski, Norbert Moret, Krzysztof Penderecki, Sir André Previn and Wolfgang Rihm. She also devotes her time to numerous charity projects and supports the development of young, exceptionally talented musicians.

The year 2013 with concerts in Asia, Europe and North America stands for the violinist’s musical versatility and her unparalleled distinction in the world of classical music.

On the occasion of Witold Lutoslawski’s 100th birthday, Anne-Sophie Mutter will honour the Polish composer and conductor with worldwide performances of his works for the violin: right at the beginning of the year she will play the “Partita” which is dedicated to her as well as “Chain II” at the Grand Birthday Concert in Warsaw. The conductor: Antoni Witt who directs the Warsaw Philharmonic Orchestra.

With the Violin Concerto in A minor, opus 53 and the Romance for Violin in F minor, opus 11 by Antonín Dvorák, Anne-Sophie Mutter will introduce her second programme focus for the year in February: she will perform these works at three concerts in Berlin with the Berlin Philharmonic, directed by Manfred Honeck. In Cologne – also in February – she will perform the Violin Concerto with the Sinfonia Varsovia and Michael Francis. In late summer, the true classic of the violin repertoire is once more incorporated into her concert calender: with Manfred Honeck and the Pittsburgh Symphony Orchestra in Germany and Switzerland; and in the USA with the Cincinnati Symphony Orchestra, under the baton of Ignat Solzhenitsyn. In December, Manfred Honeck will then conduct the New York Philharmonic when Anne-Sophie Mutter performs Dvorak’s Violin Concerto in the US metropolis.

Anne-Sophie Mutter will also perform Ludwig van Beethoven’s and Pjotr Iljitsch Tschaikowsky’s violin concertos in with various line-ups in 2013, both in Europe and the USA. Her musical accompaniment for the Tschaikowsky: the Sinfonia Varsovia under the baton of Michael Francis as well as the London Philharmonic Orchestra and the Philadelphia Orchestra, both conducted by Yannick Nézt-Ségiun. For the Beethoven Violin Concerto, she will perform with the Dresden Philharmonic and Rafael Frühbeck de Burgos and the Israel Philharmonic under the baton of Kurt Masur.

Anne-Sophie Mutter will introduce new repertoire to her listeners again in 2013: the world premiere of Sebastian Currier’s “Ringtone Variations” for violin and double bass, a work commissioned by her foundation, provides the prelude for a following Asian Tour with “Mutter’s Virtuosi” on June 6th in Taipei. This ensemble under the musical management of the violinist consists of 14 current and former scholarship students of the Anne-Sophie Mutter Foundation. Following the European Tour 2011, this will be the chamber orchestra’s second international concert tour.

During the course of her tours this year through the USA (in March) and Japan (in June) this year, the violinist will perform works by Lutowslawski, Mozart, Saint-Saëns and Schubert with her recital partner of many years’ standing, Lambert Orkis. The two will again give guest performances in European concert halls in October with music by Currier, Franck, Grieg, Lutoslawski, Webern and Schönberg. The year-end will be crowned with a recital by Anne-Sophie Mutter and Lambert Orkis in the Carnegie Hall on the 25th anniversary of her debut in this concert hall.

Anne-Sophie Mutter has also been awarded the Deutscher Schallplattenpreis, the Record Academy prize, the Grand Prix du Disque, the Internationaler Schallplattenpreis as well as several Grammys. On the occasion of Wolfgang Amadeus Mozart’s 250th birthday, Anne-Sophie Mutter presented new recordings of all Mozart’s important works for the violin. In September 2008, her recording of the Gubaidulina Violin Concerto “In tempus praesens” with the London Symphony Orchestra directed by Valéry Gergiev and of the Bach Violin concertos in A minor and E major with the Trondheim soloists directed by the violinist were published. On the occasion of the Mendelssohn memorial year in 2009, Anne-Sophie Mutter paid tribute to the composer with a highly personal homage, uniting solo concert repertoire and chamber music on CD and DVD: the F major Violin Sonata from 1838, the Piano Trio in D minor completed a year later and the E minor Violin Concerto dating from 1845. Anne-Sophie Mutter’s recording of the Brahms violin sonatas with Lambert Orkis was published in March 2010.

On the occasion of the violinist’s 35th stage anniversary, Deutsche Grammophon launched a comprehensive boxed set with all the artist’s DG recordings, extensive documentation and recordings of rare items hitherto unpublished. Simultaneously, an album dedicated to the violinist Anne-Sophie Mutter was released with the world premiere recordings of works by Wolfgang Rihm (Lichtes Spiel and Dyade), Sebastian Currier (Time Machines) and Krzysztof Penderecki (Duo concertante): a further tribute to her high devotion to contemporary music.

In 2008, the artist established the “Anne-Sophie Mutter Foundation” whose objective is the further strengthening of the worldwide promotion of top young musical talents: a task the violinist set herself in 1997 with the foundation of the “Freundeskreis der Anne-Sophie Mutter Stiftung e.V.” [Friends of the Anne-Sophie Mutter Foundation]. The work on current-day medical and social problems is also important to Anne-Sophie Mutter. She supports these concerns with regular charity concerts. Thus, she will, for example, play for “Save the Children Japan” and the “Bruno Bloch-Stiftung” which supports research for skin diseases which are still incurable.

Anne-Sophie Mutter was distinguished with the medal of the Lutoslawski Society (Warsaw) in January 2013. In 2012, the Atlantic Council awarded her the Distinguished Artistic Leadership Award. In 2011, she received the Brahms prize as well as the Erich-Fromm prize and the Gustav-Adolf prize for her social involvement. In 2010 the Norwegian University of Science and Technology in Trondheim awarded her an honorary doctorate; in 2009 she was distinguished with the European St. Ullrichs prize as well as the Cristobal Gabarron award. In 2008, Anne-Sophie Mutter was bestowed the International Ernst von Siemens Music prize and the Leipzig Mendelssohn prize. The violinist has received the Großes Bundesverdienstkreuz [Grand Cross of the Order of Merit of the Federal Republic of Germany], the French Order of the Legion of Honour, the Bavarian Order of Honour, the Großes Österreichisches Ehrenzeichen [Grand Austrian State Decoration of Honour] as well as numerous other awards.