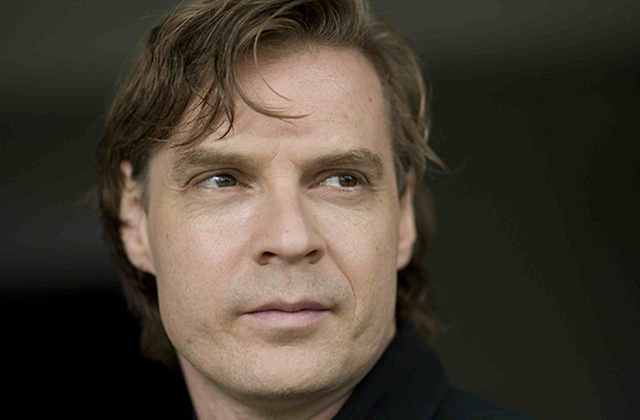 Born at Saguenay-Lac-St-Jean, Québec (Canada), Jean-François Lapointe is considered as one of the best baritones of his generation. Since his debut on stage in 1983, Jean-François Lapointe has sung on the major European stages (Paris, Strasbourg, Bordeaux, Vienna, Zurich, Barcelona, Madrid, Lisbon, Glasgow, Hamburg, Frankfurt, Berlin, Liège, Toulouse…) as well as in America and Japan. Critics have been unanimous to praise his rich voice, his fine interpretation and his acting skills.

Among his favorite parts, the title role in Pelléas et Mélisande which he has notably performed in Peter Brook’s famous production, appears as a landmark in his career. He has also been heard in this work in Toronto, Bonn under Marc Soustrot’s baton, in Cincinnati, at Grand Théâtre in Bordeaux, in Marseille, at Théâtre du Capitole in Toulouse, in Toulon and more recently at la Scala of Milan conducted by Georges Prêtre. He has also sung the same part at the Opéra royal de Wallonie, at the Théâtre des Champs-Elysées and at the Concertgebouw in Amsterdam with Bernard Haitink conducting. The evolution of his voice has recently led him to make his debut as Golaud, in Nantes and Helsinki to great public acclaim.

Jean-François Lapointe has also appeared in the title role of Hamlet at the Royal Danish Opera in Copenhagen, and later in Trieste and Geneva. He performed Albert (Werther) in Bilbao and at Capitole in Toulouse, Valentin (Faust) at Teatro Real in Madrid, in Monte-Carlo, at Teatro Regio in Torino, in Liège and at the Chorégies d’Orange, Mercutio (Roméo et Juliette) at the opera of Cincinnati, at the Chorégies d’Orange and in Tokyo, Dido and Aeneas (Aeneas) at the opera of Lausanne, Iphigénie en Tauride (Oreste) at the opera in Amsterdam, Eugen Onegin (title role), Ford (Falstaff) and Lescaut (Manon) at the opera of Québec, Il Barbiere di Siviglia (Figaro), Fortunio (Landry) and Ciboulette (Duparquet) at the Opéra Comique in Paris, Le Comte Ory (Raimbaud) in Geneva and Marseille, Escamillo (Carmen) in Barcelona, Marseille, Lausanne and on tour in Japan, Don Giovanni (title role) in Trieste and Marseille, Werther (title role) and Les Huguenots (Nevers) at la Monnaie in Brussels, Les Troyens (Chorèbe) in Geneva and Amsterdam, Les Pêcheurs de perles (Zurga) at the Concertgebouw in Amsterdam, Falstaff (Ford) at the Théâtre des Champs-Elysées… His debut as Giorgio Germont (Traviata) at the opera of Frankfurt has also attracted much attention.

He has recently been heard at the Opéra National de Paris in Alceste (le Grand Prêtre), Werther (Albert) and Faust (Valentin), at the Opera of Marseille in La Favorite (Alphonse), Cléopâtre (Marc-Antoine), La Traviata (Germont), Moïse et Pharaon (Pharaon), Falstaff (Ford), Hamlet (title role) and Don Carlo (Posa) at the Canadian Opera Company and in Amsterdam in Dialogues des Carmélites (Marquis de la Force) directed by Robert Carsen, at Monte Carlo Opera in La Favorite (Alphonse) and Tannhaüser (Wolfram), at the Théâtre des Champs-Elysées in La Favorite (Alphonse), at the Deutsche Oper in Berlin in Germont (Traviata), in Avignon as Hamlet, in Geneva Faust (Valentin), in Ascanio (Benvenuto Cellini) and as Guillaume Tell, in Nancy Les Pêcheurs de perles and Lucia di Lammermoor, at the Teatro Comunale di Bologna in Werther… He has sung in concert Les Mamelles de Tirésias (Le Mari) with the BBC Symphony, L’Enfant et les sortilèges and L’Enfant prodigue by Debussy with the Orchestre Philharmonique de Radio-France, Fauré’s Requiem and Monsieur Beaucaire by Messager with the Opéra Comique, Fauré’s Requiem at the Opéra de Nice, in Lille with the Orchestre Symphonique de Montréal, he has also performed recitals in Paris as part of L’Instant Lyrique, in Genève, in Montréal…

Among his future projects: Hérodiade (Hérode), Carmen (Escamillo) and Les Puritains (Riccardo) in Marseille, La Traviata at the Paris National Opera, Falstaff (Ford) in Monte Carlo, Pelléas et Mélisande (Golaud) at the Théâtre des Champs-Elysées and in Strasbourg, Hippolyte et Aricie (Thésée) in Zurich and at the Théâtre des Champs-Elysées, Guillaume Tell in Melbourne, Dialogues des Carmélites in Toulouse… In concert, he will sing Fauré’s Requiem with the Orchestre Philharmonique de Monte Carlo, L’Enfant Prodigue (Simeon) by Debussy in Nancy….

Besides his opera career, Jean-François Lapointe regularly appears in concerts, singing melodies as well as oratorios. A renowned interpret of Duparc, Fauré and Poulenc, he can also be heard in symphonic pieces and has taken part in several recordings among which Benvenuto Cellini (Fieramosca) by Berlioz with the Orchestre National de France conducted by John Nelson, Béatrice et Bénedict with Sir Colin Davis conducting, L’Enfance du Christ with the Orchestre Philharmonique de Strasbourg and La Chute de la maison Usher by Debussy with the Orchestre National de France.

Jean-François Lapointe is a Knight of the National Order of Quebec..